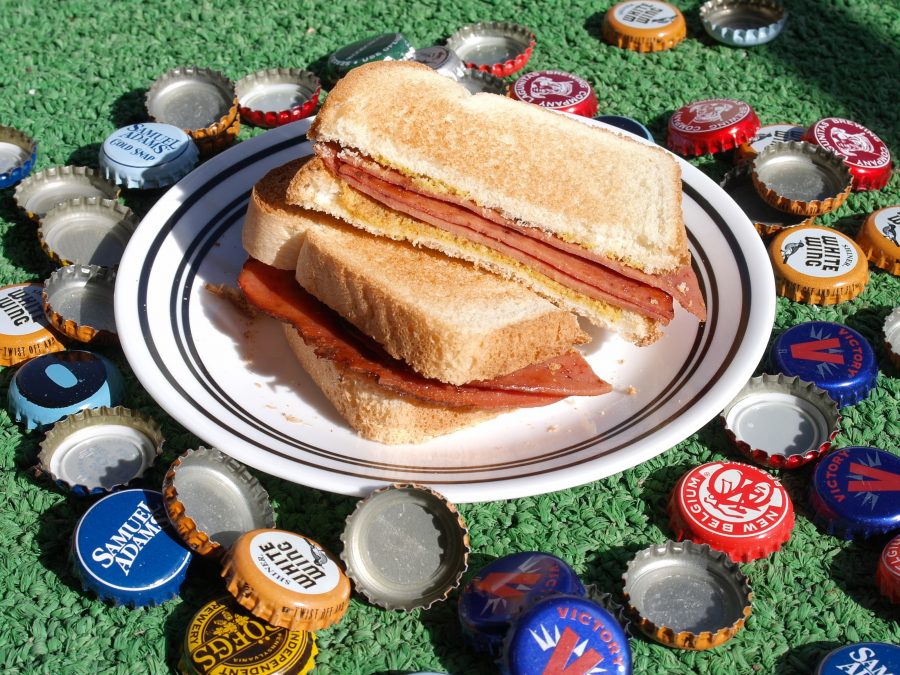 Eating bologna is not easy. Made of a ground form of the most common parts of pork (occasionally with a dose of lard) the meat feels… unsettling. There’s a very noticeable lack of texture that isn’t even rejuvenated by frying. And so to save this endeavor of unexpected sensation, we bring the gentle crispness of toast and the subtle spice of mustard. Even still, you may want to get drunk before you try to eat one. Then again, if you are drunk, you might puke from the idea of meat dissolving into mush on your tongue. Either way, beer’s better than bologna.