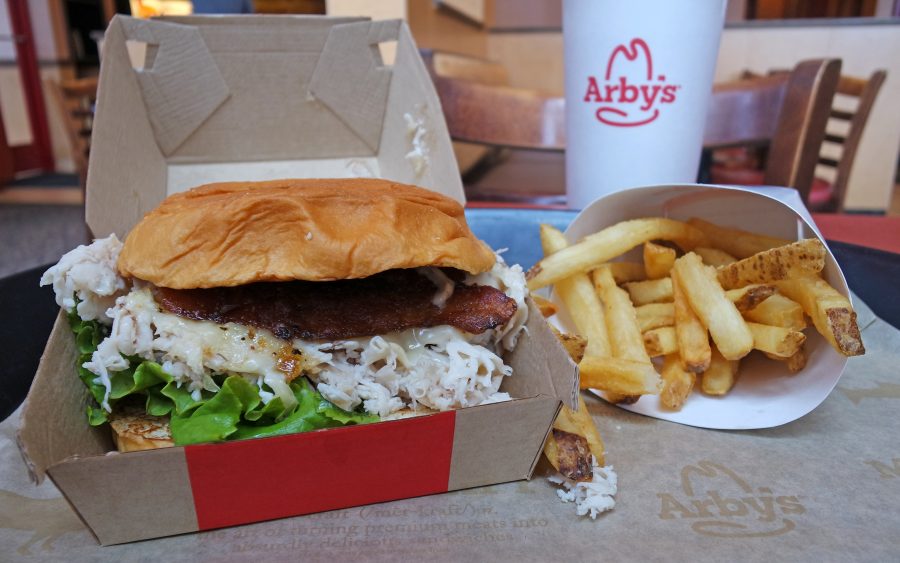 We’re not usually in the truth business here, but when we set out to capture the King’s Hawaiian® Brown Sugar Bacon Turkey sandwich from Arby’s, we saw an incongruent reality behind the sultry voice of Ving Rhames and stark contrast imagery from commercials. It’s a visual problem, of course. When you run 3300 restaurants across America, it’s hard to set your ideals in place at every one. But hey, that King’s Hawaiian® bun? Sweet and soft. Brown sugar bacon? Ving ain’t lying. The cheese was barely noticeable and the turkey was aggressively chipped, but the hidden creamy dijon mixed in nicely. What can we learn from exposing this truth except that unparalleled quality is hard to teach, and pictures can lie? Anybody with a few minutes a day to think already knows that. At least you didn’t set up a date with the King’s Hawaiian® Brown Sugar Bacon Turkey after seeing pictures online, right? Silver linings and brown sugar bacon, people.